Ben's Top 10 Rappers of All Time

Ben shares his top 10 greatest rappers of all-time and why you should give them a listen. 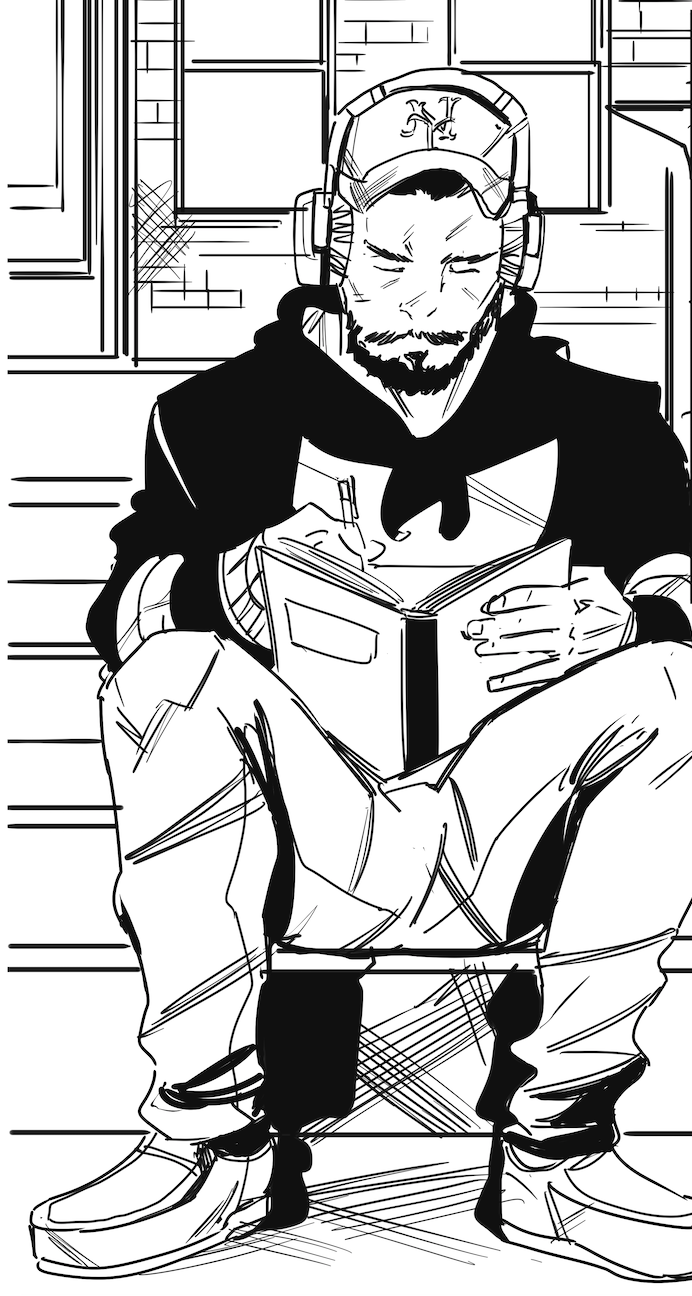 When I think about my top 10 greatest rappers of all time, four things come to mind. Flow, lyrics, originality, and consistency.

The emcees on this list (along with many others) not only impress me, but inspire me creatively. I view them all as people who made their own lane in the world of rap music and pushed the art in new directions.

Viewed by many as the G.O.A.T., Eminem is high on my list of the greatest to ever touch a mic. While his overall catalog has several releases that aren't in my wheelhouse, his technical rap ability and creativity is on a level beyond most others. Eminem has released two albums that I consider to be absolute classics (The Slim Shady LP, and The Marshal Mathers LP). Both of these albums have verses that leave me scratching my head saying "how the hell did he think of that?". Yes, his lyrics are super offensive, but that's part of the appeal. I don't always agree with him but he never ceases to amaze me.

Sniper in the Cipher, the Rebel INS is the unsung hero of the mighty Wu-Tang Clan. As my man Gary said on our Czarface episode, Inspectah Deck embodies the energy, attitude, and sound of the original classic Wu-Tang albums. In my opinion, he is the MVP on 36 Chambers and Wu-Tang Forever with stand out, lyrical-AF verses throughout. His approach on the Wu-Tang albums is to come in aggressive, never let up, and it makes him stand out in a group full of amazing, talented lyrical Goliaths. His rhyme schemes are complex and his lyrics are descriptive and imaginative. And finally, he wrote and performed my favorite rap verse ever on "Triumph".

Lets Organize! Pharoahe Monch is one of those dudes that is beloved by rap nerds like myself but all too often, criminally, left out of the G.O.A.T. conversation. Go listen to the first Organized Konfusion album. It came out in 1991!!!!!! He was on some other shit way before the rest of the world tried to catch up. With every subsequent release, Pharoahe grew as a lyricist and a syllable assassin. He is one of those dudes with a perfect track record. Three albums with Organized Konfusion and four solo albums. All of them DOPE. Without him, we wouldn't have the likes of Royce, Em, Kxng Crooked, and all the other technical wizards out there.

The reason I wear Clark's Wallabees to work. Ghostface is a lyrical genius. He's developed a character that is so fun to listen to. He tells stories about a life that I never experienced so expertly that I felt like I was right next to him slingin'. Like his fellow Wu Brother, Inspectah Deck, Ghost stands out on any track he's on. His solo catalog is massive and packed with incredible projects beyond his certified classics. If you have only heard Iron Man and Supreme Clientele, check out Bulletproof Wallets, 12 Reasons To Die, 36 Seasons, Sour Soul... The list goes on. Watching him still kill it over a quarter century after the world heard him on 36 Chambers is such a pleasure. The man produces dopeness consistently.

The crown was his. He was the absolute king of this shit when he was still with us. We miss him every day. Biggie is a perfect example of emceeing at a high level but not over-spitting. His lyrics were funny, descriptive, and ferocious yet it always seemed effortless. His rhythmic pockets were  unique and musically expressive. His voice was perfectly match to the character he portrayed on the mic. Both of his albums are absolute classics. The streets love him. The rap nerds love him. The women love him. Biggie truly was the total package.

Do not fuck with the Dragon. Busta has an energy and presence that no other mortal could ever dream to possess. His closing guest verse on scenario solidified him as one of the most sought after features in Hip-Hop. His bars are mind-bending and his vocal ability is second to none. He can come at you like a wild untamed yet masterful beast. He can also get super mellow while remaining very technical. He is a speed-rap champion. His first four albums are some of the illest I've ever heard and part of the soundtrack to my life. Not many people can get on a track with him and hold their own. I fucking love Busta Rhymes.

If he's not in your top 5, your opinion is wrong. One of the greatest lyricists in the history of music. Nas embodies rap excellence. It's hard to comprehend how someone can be complex, smooth, raw, humorous, aggressive, and inspirational all at once. The pictures he paints are so vivid that his songs feel "lived in". He is one of the rare musicians to release a "perfect album". Anyone who can find a flaw in Illmatic has lost their damn mind. Throughout his career he has put out projects that hammer home all the points I just made. It Was Written, Stillmatic, God's Son, Hip Hop is Dead, Life is Good... ALL DOPE.

When I think of how many "greatest of all time" lists this man has been left off of I just get angry. Put anyone in the world on stage next to Black Thought and watch them get schooled on how to Emcee. When it comes to performing live, nobody has ever rocked the mic better than Thought. His pen game is stellar. He is clearly influenced by Rakim, Kool G Rap, and Big Daddy Kane, but his sound is completely unique. He's released classic after classic with The Roots and three astonishingly great solo albums. I've never heard a bad verse from him. He's never made a musical move that wasn't perfectly executed. Black Thought is a genius.

The Villain. DOOM is my favorite emcee ever. To quote Yasiin Bey (Mos Def), "DOOM raps as weird as I feel". Listening to his bars, it's clear as day that this man's creative mind is on a level far beyond other rappers. He's a surreal poet who developed a rhyme style that's technical and unique. He found a pocket that no other emcee was rhyming in and made it his own. I never get sick of his projects because I always find something new to appreciate and discover on subsequent listens. His music feels like it was made for weirdos like me with comic book references, obscure amazing samples, and metaphors that require repeated listens to fully appreciate. I won't go into a long-winded rant about his mask and what it means to me because I'm trying to keep it short and sweet. He is the epitome of "backpack rap". Just remember ALL CAPS when you spell the man's name.

Royce is the Greatest Emcee Of All Time. Come at me. You won't win the argument, I promise. He is un-out-rappable. He wasn't always in my #1 spot but his work in the last decade has solidified his royalty. Before that, he was a dope spitter who was extremely talented but never rose to the top. But if you listen to his output from 2007 to present day, you wont find another emcee like him. I don't think anyone else could release a full length album with Eminem, completely hold his own, and stand out on all the tracks. When I heard Street Hop in 2009, I remember thinking "This is the best shit Royce ever made". Since then, I have thought the same thing every time a new project drops. He just gets better and better. He killed it with Slaughterhouse, and put out some of the greatest rap albums ever. PRhyme, Book Of Ryan, and The Allegory. His mix Bar Exam tapes are incredible. It's clear that he hasn't become complacent and always challenges himself to improve and evolve as an artist. He is somehow the most technical, most lyrical beast, while always remaining musical in his phrasing. All too often when someone is rapping with this much complexity, the finished product can get a bit sloppy. Royce is always in the pocket. To quote the man himself "I'm an acquired taste. If you don't like me then acquire some taste."